You can’t turn on the news these days without witnessing a new and contentious debate: Stormy Daniels vs Donald Trump, Facebook vs The Privacy of the American Citizens, Lil Wayne vs Birdman.

Here at One6Three, we’d love to be able to say that we’re above the rising tensions of the American political system. We’d love to say that our actions aren’t influenced by the raging debates we see on the television every night, but that would be a lie. We are humans, and it is sad to say,  but this combative cultural American climate has found its way into our small, award-winning restaurant.

This past week, The Bleu and The Memphis came to blows as they battled to be our customer’s number one pick. We’re not going to repeat the words that were said between these two fierce competitors because this is a family business, but trust us, it was ugly.

Homemade buffalo and bbq sauce were flung everywhere. Fresh blueberries and feta cheese toed off with shredded roasted chicken and blue cheese drizzle, and folks, it was enough for us to throw our hands up and threaten to “move to Canada.” At the end of this virtual smear campaign, there was only one pizza that could come out on top. It was The Bleu that won the hearts, minds, and taste buds of the One6Three community. 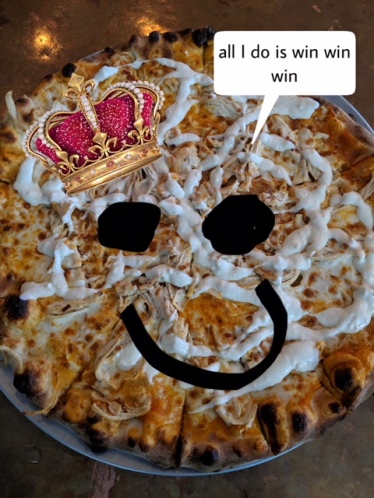 When it was all said and done, The Memphis graciously conceded. In a show of impressive diplomatic resolve, The Memphis commented, “Yeah I wanted to win. I felt like I was right, and the best choice for the people, but at the end of the day, we’re all pizza. Delicious, crispy pizza with unique toppings that are made with love and our purpose is to make people happy. Am I hurt? Damn right I am, but I’m happy for The Bleu. That’s my boy, The Bleu. It’s important to remember that at the end of the day, we’re all cut from the same dough, and that’s what matters”

*For the entire month of April (and the rest of March) get 10% off any size The Bleu Pizza (take out, delivery, or dine in). Stay tuned to see what drama will unfold next month……..

*Customers must ask for the discount or mention the facebook posts, blog posts, or Instagram posts to receive the discount.

There was an error retrieving images from Instagram. An attempt will be remade in a few minutes.